Counting Smiles and Rethinking Health in the Process

Can the simple act of smiling influence your health outcomes? This is the question that organizers of the Don’t Smile Movement (DSM) are looking to answer. A part of Healthy Polk 2020, the Don’t Smile Movement was developed to help count smiles across Polk County. The DSM campaign is helping measure the progress the county makes toward healthy behaviors and is raising awareness about the benefits of smiling. There are marked benefits of smiling:

The benefits above paint an important picture, yet the picture only tells part of the story. In turning to the way we, as individuals, communicate health, the need for specific messaging on the concepts of health and our perceived reasoning for developing chronic diseases should be evident.

According to research from Pennsylvania State University, health is often communicated as biological, biopsychosocial, or ontological. The biological concept of health stems solely on the technical aspects of “getting sick,” that one’s body becomes dysfunctional and ill-equipped (no pun intended) to carry out its normal roles. The biopsychosocial concept of health takes a holistic viewpoint of “getting sick” as an integration of the biological, psychological, and social forces that injure the body. One who may inherently believe in the biopsychosocial concept may delineate from the terms sickness, illness, and disease. For example, an untested, asymptomatic HIV-positive individual may perceive oneself as ill without any underlying disease or social recognition. As described in the research, one may be diseased without personal or social awareness of the disease. Last, but not least, the ontological concept of health aims to describe our experiences in health as modes of “being-in-the-world.” Being-in-the-world essentially means a negatively perceived health behavior may render some positive results. For example, a cigarette break may provide the overly-stressed individual with the strength to meet a work deadline.

The research presented from Pennsylvania State University evolves from simple ideas to complex yet meaningful viewpoints on health. Researchers from Arizona State University took the ideas from Pennsylvania State University one step further and conceptualized health as self-actualized. Despite an individual developing a chronic disease, one can still develop and achieve one’s full potential. One twenty-something year old woman from New York City explored all these concepts of health in a documentary that she created called “Crazy, Sexy, Cancer.”

Released in 2007, Kris Carr chronicles her life after she learns of her diagnosis with Stage 4 cancer. Prior to her diagnosis, Kris perceived her own health to be optimal. The documentary follows Kris, a once aspiring model, throughout her exploration on her viewpoints of health. She adopts all three concepts of health described by the researchers at Pennsylvania State University while being seemingly out of control. Soon after, Kris took on the concept studied at Arizona State University. She learned that although she could not control the “illness,” she could control two aspects of her life: her nutrition and her outlook on life. Kris was able to empower herself and her mind, which led to her cancer being completely stabilized. Kris Carr shared her story on The Oprah Winfrey Show.

The Don’t Smile Movement may be a tongue-in-cheek wellness campaign; however, an individual’s ability to realize their full potential to overcome a chronic disease such as cancer is no laughing matter. Thus far, our Smile Spies have conducted counts at the Dam to Dam 20K/5K event, the Capital City Pride Parade, the PechaKucha event, and at Yoga in the Park. Be sure to like us on Facebook and to check out our website.

Let’s make Polk County healthier one smile at a time! 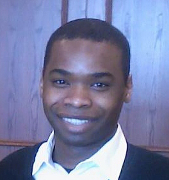 Kervin Collier brings 10 years of experience in health promotion to the Don’t Smile Movement. He has promoted healthy behaviors and provided education on behavior modification techniques to a variety of populations, including male and female collegiate athletes, youth, men & women of the general population, individuals affected by HIV & STIs and at his current position as an AmeriCorps VISTA member at Central Iowa Shelter & Services helping military veterans. Kervin is interested in promoting physical activity within the public health sector. He aims to earn a certification in that field within the American College of Sports Medicine.
This entry was posted in Exchange. Bookmark the permalink.

One Response to Counting Smiles and Rethinking Health in the Process