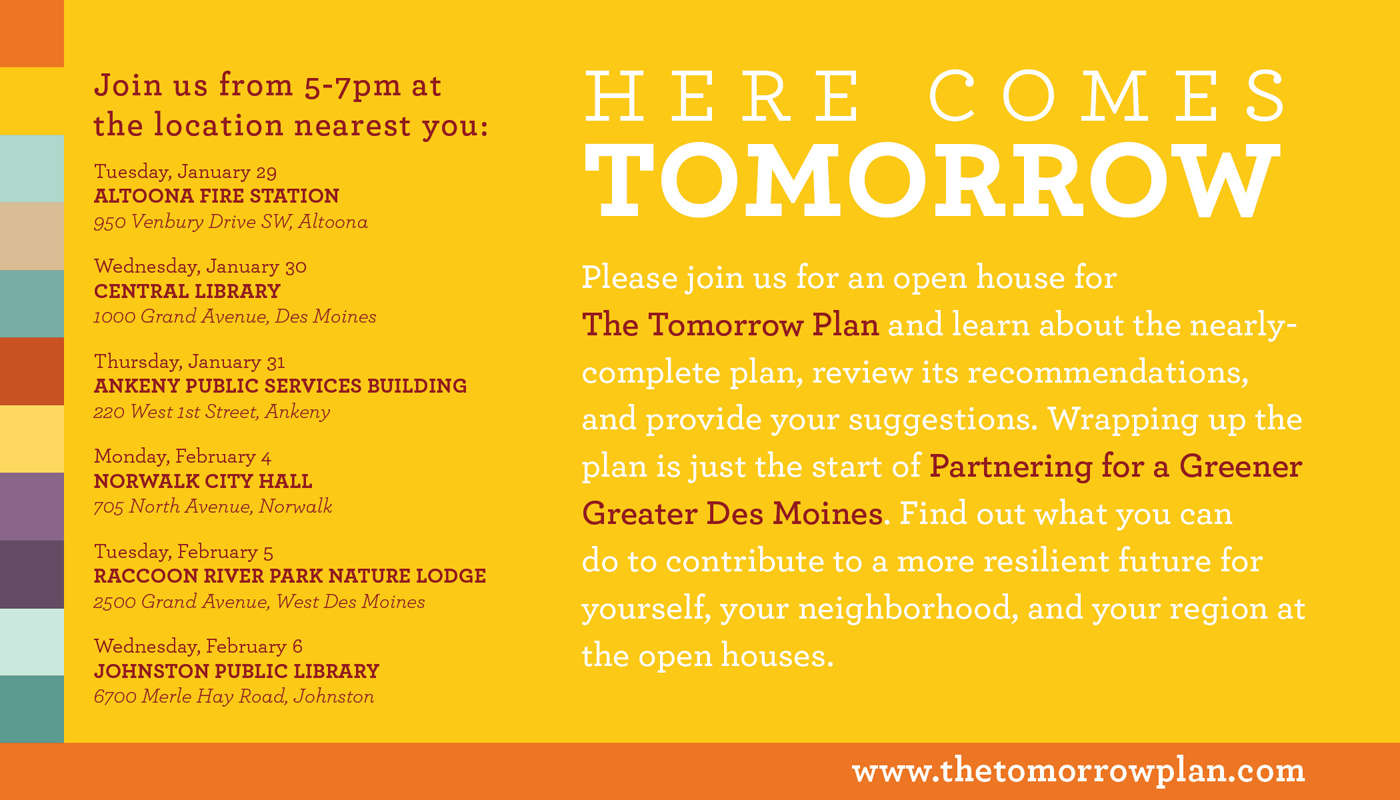 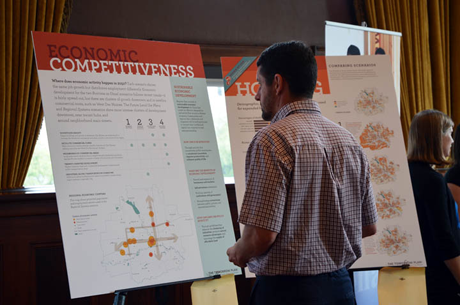 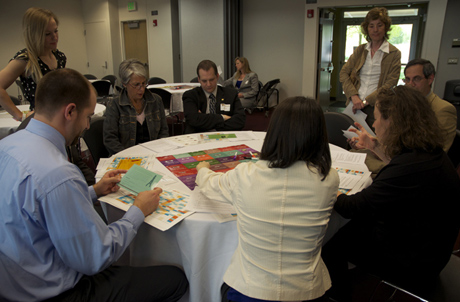 The second public outreach series was held on January 31, February 1, and February 2, 2012. We had almost 250 people attend and participate in the events.

William Fulton spoke about the future of Central Iowa on January 12,2012. Introduction and interview by City of Des Moines Mayor Frank Cownie.

The project launch open house was held September 13th and a big success. 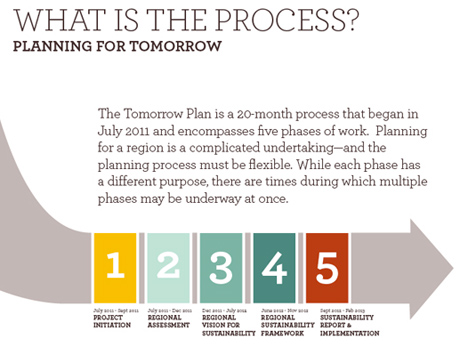 Activities from the Event 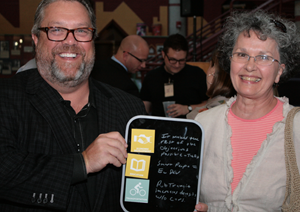