Looking to the Past for the Future

Lately when friends or relatives ask me what I’m up to at work, I usually tell them about The Tomorrow Plan.  The conversation usually goes like this:

Them:  “What’s The Tomorrow Plan?”

Me:  “It’s a regional sustainability plan for the year 2050 for the Greater Des Moines area.”

Them [with slightly disappointed look at lack of flying cars]: “So it will be easier to take the bus?  That doesn’t seem too difficult.”

It is often difficult to convey exactly what a more sustainable place could be to people.  Once you describe what sustainability could be to people, however, many respond with something like, “That’s sustainability?  Seems like common sense to me.”  And depending on the age of the person you may be talking to, you might get an answer like, “Well we did that when I was a kid.”

Which brings me to my main point:  Living and growing sustainably is not a new concept, it just has a new name.  Many of the concepts of sustainability embody the way most people lived, and the way most communities functioned, up until a few generations ago.  Cities were more compact, trolley cars zipped up and down the streets in many cities the size of the Des Moines area, and gardening was commonplace.  As David Fields pointed out in his blog post last month, we shouldn’t focus on how to be sustainable, but should instead think about how to be more sustainable.  One way may be to reverse some current trends to get back to where we were a half-century ago.

To be fair, not everything was more sustainable a few generations ago.  But as we look for best practice examples when developing The Tomorrow Plan, we may just need to look to our own past. 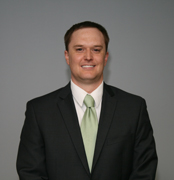 Dylan Mullenix is Principal Transportation Planner at the Des Moines Area Metropolitan Planning Organization (MPO), where he has worked for the last six years. In his role at the MPO, he oversees the long-range planning process, as well as management of other planning activities. Dylan has a Master’s Degree in Urban and Regional Planning from the University of Iowa, and is a member of the American Institute of Certified Planners.
This entry was posted in Exchange. Bookmark the permalink.