Modeling: a great tool, not a crystal ball

“All models are wrong; some models are useful” –George Box, statistician

How is the Greater Des Moines region supposed to plan 40 years into the future when so much can change?  Looking back forty years into the past, the US was still in Vietnam, the Equitable building was the tallest building in Des Moines, and the internet was decades away.  When dealing with this level of uncertainty, modeling can be a powerful tool to illuminate the future, but common misconceptions often undermine its utility. 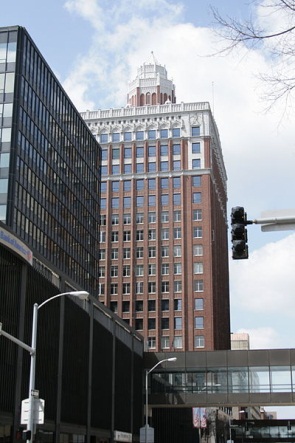 Although “modeling” has an air of technicality, its purpose is actually to simplify things.  Models can be anything from miniature trains to mental maps, but in The Tomorrow Plan, modeling refers to forecast models, which attempt to inform us about the future based on a starting point and a set of rules.  There are two very important things to keep in mind when dealing with forecast models:

Here’s an example model to illustrate both points: Let’s say you’re visiting the Iowa State Capitol and need directions. Since you need a way to identify locals in a place with many tourists, suppose you construct a mental model that says anyone wearing a suit will be a local and will, therefore, be able to give you instructions. Although this model is, to use the tongue-in-cheek language from the opening quote, “wrong”, since a tourist might be wearing a suit or a local might not be able to give you directions, it’s nevertheless useful because it will work most of the time and it was quick to implement (point 1).  Also, the model doesn’t tell you whether your destination is worth visiting—only whether someone might be able to give you directions there (point 2).

The Tomorrow Plan incorporates several forecast models that cover categories such as transportation, economics, and land use.  The land use model—sometimes referred to as an urban growth model—forecasts how the region might change physically, as in when a vacant area is converted into a park, a farm is developed for housing, or a new light rail is constructed. The starting point for this model is the current physical pattern of the region, and the rules relate variables like population, policy, and regulation.  The output will be a combination of maps, charts, numbers, and other visualizations that will tell the story about what the region might look like if it goes down a certain path.

The urban growth model can be modified to explore a variety of scenarios.  A trend scenario has already been modeled that considers how the region might look in 2050 if things continue with business as usual.  Alternative scenarios will explore other possible futures. For example, in the trend scenario, development continues pushing out into the outer suburbs, whereas an alternative scenario might test policies to encourage redevelopment and higher densities in the urban core to limit sprawl.  Cross-comparisons among scenarios provides valuable insights such as: regardless of scenario, traffic will remain uncongested; or, in scenarios where ecological protections increase, agricultural land is lost at unacceptable levels unless redevelopment is encouraged at the same time; or, in low-density development scenarios, 70 percent of the region becomes highly susceptible to flooding.

Since there are many variables in the model, it’s not feasible to test every combination, so we will rely on the stakeholders of Central Iowa to articulate their wishes about the planning strategies they want to see played out in the region.  Do you want to explore a change in funding priorities? New regulations? A major building or infrastructure project?

When used correctly, modeling—particularly with multiple scenarios—is a valuable tool that can reveal key trade-offs, limits, and possibilities.  At the same time, we shouldn’t expect that a computer would spit out The Tomorrow Plan as if it were printing a flight itinerary.  Like any tool, modeling is a means to an end, but it can’t do the work needed to make The Tomorrow Plan succeed—that responsibility belongs to the project team and the broader public to make hard decisions about future assumptions, values, and priorities, and to be willing to learn from the process in order to move forward and formulate a strong regional vision for Central Iowa. 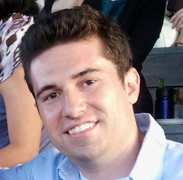 Christopher Horne is an urban planner with a background in scenario-based urban growth modeling, sustainability, and regional planning. He is part of the team at Sasaki Associates in Watertown, MA.
This entry was posted in Exchange. Bookmark the permalink.