A Strong Core Leads to a Healthy Region

The human body’s core muscle group is arguably the most important in the body; they help to stabilize and balance the body, which leads to good posture, makes physical activity of all kinds easier, and generally helps lead to better wellness. It’s no different for a region: A strong core means a healthier region.

When one examines the cities that have, in recent years, had sustained growth, in nearly all cases they have either done things to improve an already strong downtown core, or they’ve done things to revitalize and rejuvenate their downtown areas. Des Moines is in the latter category, and since I moved to the area five years ago, the core (for my considerations, the East Village to Sherman Hill) has improved in all aspects exponentially and shows no sign of stopping.

The reason the downtown areas are integral to growth throughout a region are, for the most part, obvious: Large quantities of employees work downtown, county/state administration buildings are typically downtown, small business retail tends to be heavier than corporate retail-heavy suburbs, historical buildings and convention centers tend to be downtown – I could go on and on.

In the last two decades, as people have moved out to the suburbs, a lot of downtown areas have declined. As the core declines, the general health of the region tends to do the same: Jobs are lost, which affect the suburbs; small businesses close due to decreased traffic from job loss; commercial vacancies increase, affecting property managers and the lenders who financed the purchase of the property, and so on. A human with a weak core is more likely to have back pain and difficulty exercising, which leads to other health issues. A region with a weak core is no different – an unhealthy core leads to an unhealthy region.

We’ve done a great job in the last decade developing Des Moines’ core. When I was in college at Iowa State from 2001 through 2005, I had no desire to move to Des Moines after graduation: I wanted to find a job in Chicago, Minneapolis, or somewhere on the East Coast. There was no reason for me to stay in the area. However, in September of 2007, I took a job at an office in Des Moines’ Capital Square, and, over the last five years, I have loved the advances that the area has made in terms of entertainment, restaurants, and cultural options, among other great things.

With all of that being said, there is still much room for improvement. The new transit hub will open in November of this year, which will reopen Walnut Street for further development. The Western Gateway has plenty of room for growth and expansion as does the East Village. We have many options to make the downtown area stronger and to draw top talent from other states to Des Moines for work, and we can create a unique retail environment that will draw people (and keep Iowans’ money in Iowa) from other cities to Des Moines to shop much like Chicago, Minneapolis, and Kansas City draw Iowans. We are already home to great employers like Principal, Nationwide, and Meredith, among many ; improving the core can only help draw more quality employers to hire more Iowans.

While we need to continue to strengthen the core, that isn’t to say we ignore the extremities. Iowa has a reputation of being a great place to raise families, and those families tend to be raised in the suburbs. We want to keep that reputation and improve it. Our suburbs are growing quickly, and, as we plan for our future, we need to be cognizant of the perspectives of those of us who wish to live to in suburban neighborhoods and make sure the suburbs and core are working in tandem.

A healthy body has balanced strength, with muscles working together. The core is very important to overall health, but you don’t want to ignore the legs or the arms. The Greater Des Moines area is no different, and that is the purpose behind The Tomorrow Plan – the region as a whole working together to sustain our growth to keep us as strong and as healthy as possible for the next forty years and on. 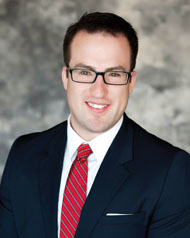