How does disability fit in with The Tomorrow Plan and sustainability for our community?

To begin with, let’s define the word “disability.”

According to the ADA (The Americans with Disabilities Act of 1990 as restored in 2008), a disability is any long-term mental or physical impairment that substantially limits one or more major life activities, like:

In other words, a disability is a long-term impairment in a major life function. Temporary conditions like a typical pregnancy, a broken bone, and/or a minor mosquito bite would not, for our purposes here, be considered a disability.

Disability fits into sustainability as disability is and always has been a part of our society. Disabilities of all kinds have been recorded throughout history. Disabilities such as blindness, deafness, difficulty in walking, amputations, disease, and mental health deficiencies as well as cognitive impairments are well documented throughout recorded history, religious text, and literature.

Let’s plan for a brighter future of all of our citizens. 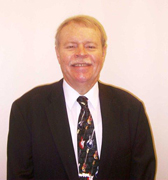 This entry was posted in Exchange. Bookmark the permalink.